Illini wide receivers in 2020 are the most difficult position in the last 10 years to predict. There, I said it. I blame the injuries last season. By the Northwestern game, we were down to three healthy wide receivers: Casey Washington, Donny Navarro, and Caleb Reams. Kyron Cumby could have possibly played - at least I think he could have, though I suppose there's always the chance he was injured, too - but Cumby had already played in four games and they wanted to keep his redshirt. They used Daniel Barker as the fourth receiver and played the NW game without any backups (plus Cumby was a 5'-8" true freshman trying to add strength so it's possible they might not have been able to use him until he learns to block and such).

Maybe I should just make a list of why WR is so confusing.

2019 statistics: Played in 4 games - 2 catches for 31 yards and two punt returns - and then sat the rest of the season so he'd avoid burning a year of eligibility.

This one is all about speed. Size? Did I mention he was fast?

When I heard he was visiting (as a recruit) I went to look up info on him and found this screengrab from an interview his junior year of high school. They say first impressions are everything, and my impression was "he looks like he's 12". This is why your parents told you to never judge a book by its cover. 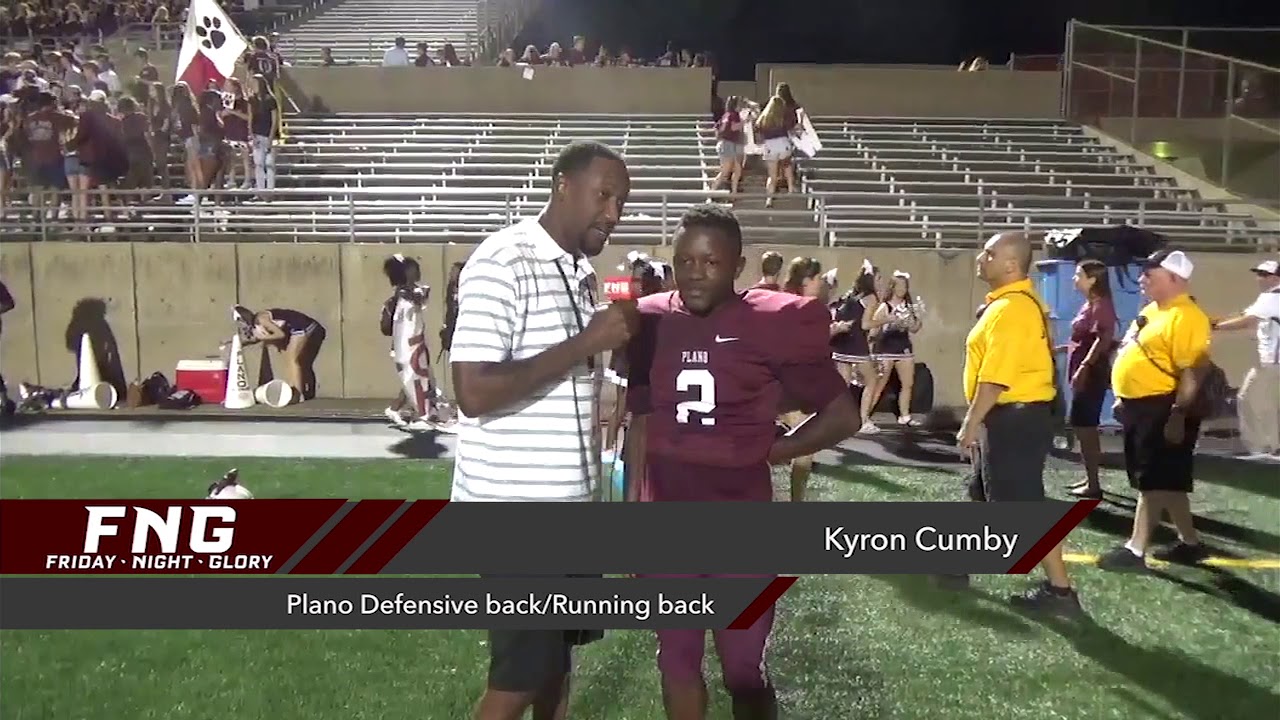 Then I studied his track numbers and saw that he ran a 10.28 in the 100m at a high school track meet. I'm pretty sure 10.28 is the fastest 100m time I can remember for any Illini recruit. So yes, he's short. But he's ridiculously fast.

Will that translates to yards gained on the football field?

In his Zoom call with the media today Rod Smith said the phrase "get the ball in space" about 4-5 times. That's a big part of his offense. Find where there might be space on the field, get the ball to his guys in those zones, and let them operate. Cumby would be one of those guys. He's never going to out-muscle a DB for a jump ball. But he can run past you, so if Rod can get him the ball in space (like the 30-yard play in the Akron game), he can showcase that speed.

The issue: where does he fit in the rotation this year. If we look at the receivers in three categories - big receivers out-muscling you for jump balls, small slot receivers running underneath stuff, and somewhere-in-the-middle receivers running precise routes (flanker kind of stuff), then I think there are two main guys slotted for each role:

That would be my guess, right now, for the six main receivers. If Hightower or Thompson get a waiver, that changes things. Maybe Dan and Campbell aren't ready for Big Ten football but Carter and Sandy are. There are a ton of variables.

But that's where I have it for now. Which is why I have Cumby at #53 with six more receivers to rank.

Keep cranking these out! I love reading them and I’m really not worried that much about the ranking with so many unknowns. The background stories to remind us of who these kids are and how they got here are great! And yes, I’m pretty sure that screen grab is from Cumby’s days on the Plano Jr. High team!

Robert, I'm now speculating you may have somewhere between 6-12 months to wrap these up --- prior to our next football game.