Quarterbacks are the hardest players to seed on this list. Brandon Peters will obviously be in the top-5 (I don't think any starting QB has ever been outside the top-5 on any of my lists), but behind Peters, how do you rank players who won't play at all if Peters stays healthy? And if Peters doesn't stay healthy (missed 2.75 games last year), then shouldn't the backup quarterback be something like 12th on the list?

Then you move to the question of "uh, who is the backup this year?" - last year it was Robinson, but Isaiah Williams was on a four-game redshirt restriction (and also was a true freshman learning the system). Should Williams be ahead of Robinson this year? What about Deuce Spann? Coran Taylor is entering his third season - should he move up as well?

That's the struggle here. And, honestly, with every practice closed, if Peters stays healthy this year we might never know the answer to this question. There will be an official depth chart at some point but it will probably say that Peters is the starter and then his backup is Robinson ~OR~ Williams ~OR~ Spann (or whatever). It might not be until Peters takes a big hit and the backup has to quickly warm up on the sidelines before we know who won the backup job.

As a result, I have Robinson at #54 on my list. One injury, he might need to move up to 4th most important Illini player for the 2020 season.

2019 statistics: Played in 8 games, starting two (Michigan and Northwestern). Finished the season 42 of 77 for 475 yards, 1 touchdown and 0 interceptions.

When Rod Smith got the OC job in January of 2018, we knew that the offense would be changing. Rod then went and added two quarterbacks who fit what he wanted to do: transfer AJ Bush and freshman Matt Robinson. Both were chosen for their combination of arm + feet. Rod wants a dual threat.

Obviously, recruiting a quarterback who decommitted from Montana and had only one other FBS offer (Florida International) isn't ideal, but this was late January and the pickings were slim. Rod found a QB who wanted to give P5 football a shot and so he offered him. 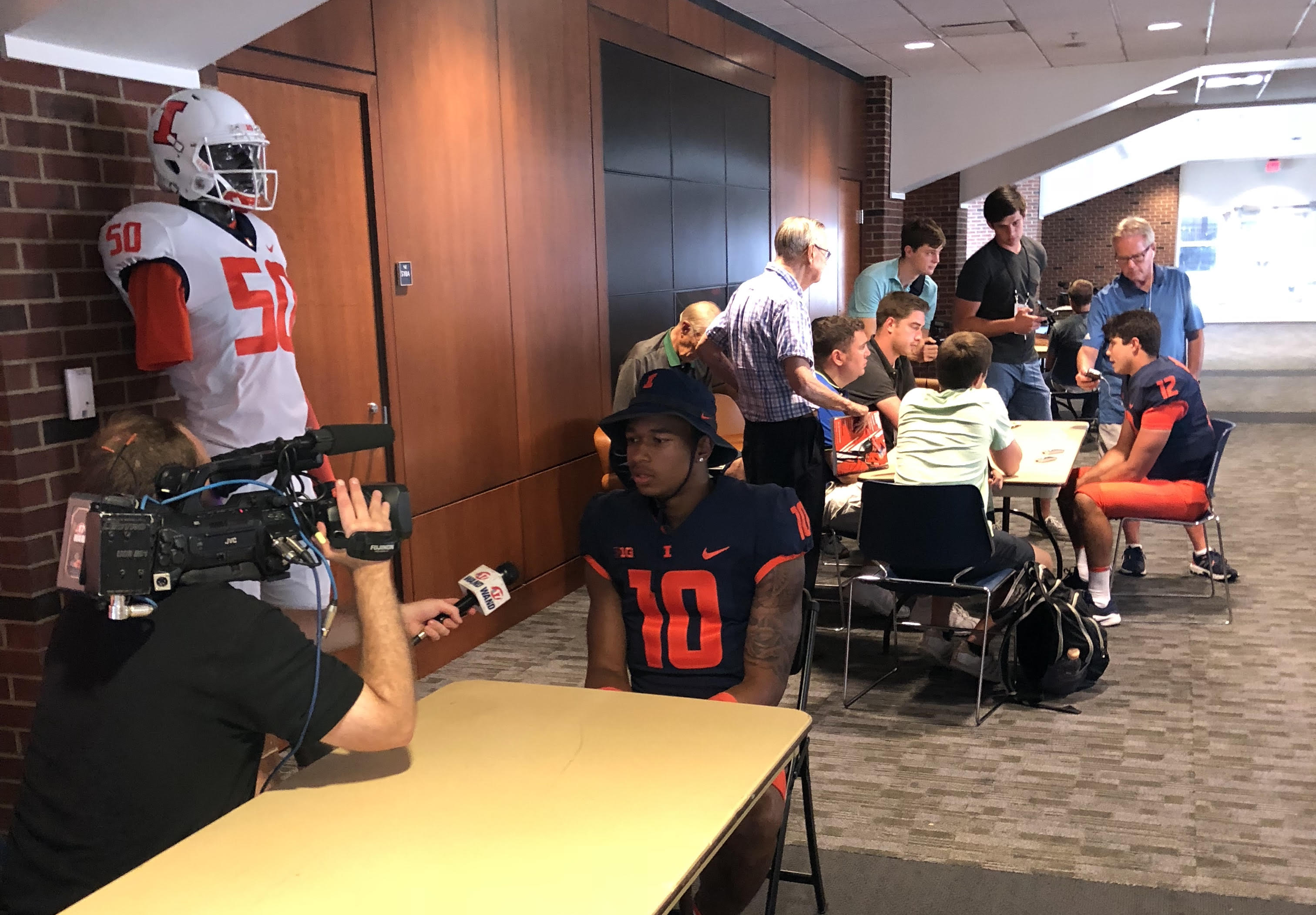 Robinson actually played in 3 games in 2018 (mop-up time against Western Illinois, Penn State, and Purdue), but with the new rule that could count as a redshirt year. So he'd return for his second season as a redshirt freshman.

He then played in 8 games last year, four in mop-up time and four after Peters' two injuries. Peters was injured early in the second quarter at Minnesota and Robinson played the final 40 minutes of the game and then started (and finished) the Michigan game the next week. Peters was then injured late in the fourth quarter against Iowa and Robinson finished that game + started the Northwestern game the following week.

When a player does the "sure, I could probably win the job at Montana, but I want to test myself at the P5 level thing so if someone offers, I'm giving it a shot" thing, it's always going to be a huge climb. You're likely to end up in a quarterback room that looks like this:

Last season, Robinson beat out Williams (redshirted) and Taylor to become the #2 guy. Had he completed the comeback against Michigan, he would have earned legend status on campus. But now Deuce Spann arrives, and Williams is no longer on redshirt restrictions, so the mountain gets even taller.

Would love to see him climb it.