I've had this "Mailbag IV" post in the drafts for several days now. And it keeps getting skipped for other articles. First Sitkowski. Then golf. And now... Isaiah Williams moving to wide receiver. My mind is going a million miles a minute. I'll try to be coherent here, but no promises.

First off, the news: in his post-spring press conference today, Bret Bielema noted that Isaiah Williams will be moving to wide receiver this fall. Actually, he noted that he had already moved. At the final three practices - the three practices they would not let us see - he was at wideout.

If you don't know the history here, I'll try to get you caught up.

When Isaiah Williams committed, he was listed as a 5-star and the #28 player in the country. Applying my 6.54 rule (there are 85 scholarship players for football and 13 for basketball so divide the football ranking by 6.54 and you get the basketball ranking), this is like landing the #4 basketball player in the country. In the recruiting era, Illinois has only ever added two consensus five-stars: Rejus Benn and Martez Wilson. This was a huge, huge deal.

And if you're the "yeah but was he really #28 or are you just being Robert and remembering something as being better than it was?" type, thankfully, 247 lists the history of a ranking now. Here's IW's ranking when he committed in March of 2018: 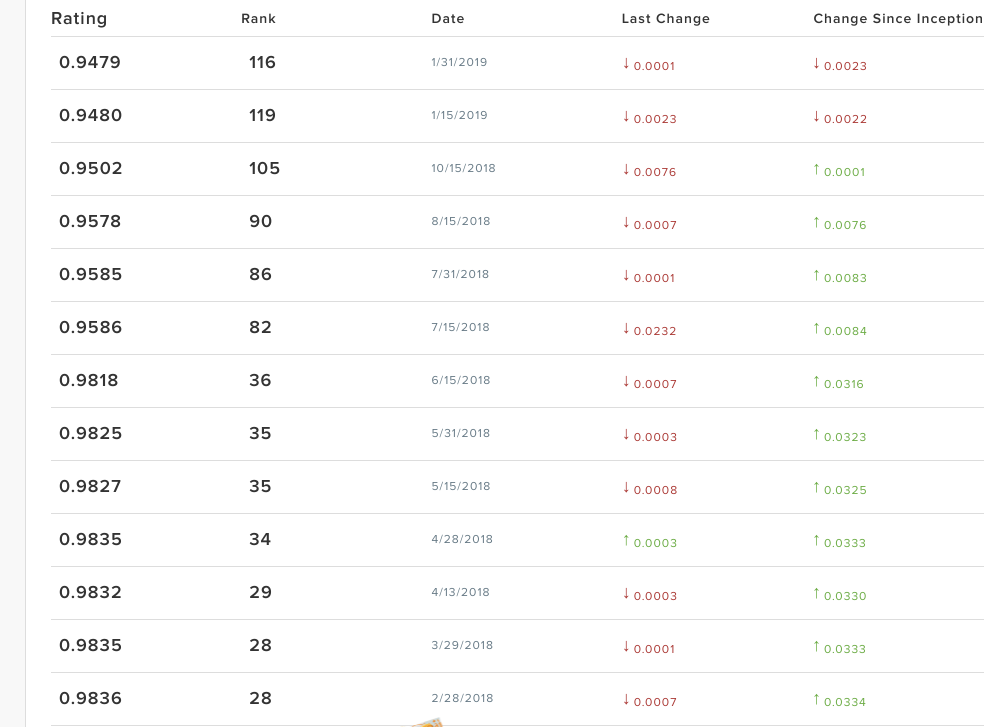 Basically, he was 28th nationally and a 5-star because of his athleticism, not his QB skills. Illinois offered a QB spot (while Clemson, Alabama, Ohio State, and everyone else wanted him as a DB or WR), and he picked Illinois, and he was going to be a QB at Illinois, and he went to the Elite 11 as a QB. He graded out poorly next to the other QB's, and after that, as you can see above, he dropped from 28 to 82 and then 105 and then 116. IW got a low grade at the camp and dropped. But he's still that 5-star ATH who was, at one time, ranked 28th nationally and rated as a 5-star with offers from the entire world.

He can still do this:

And he can still do this:

And he can also do this:

My point: we do not have another athlete on the team like this athlete. And now, instead of being the backup QB, he'll be a wide receiver. And that's all I'm going to think about for the next week.

But my excitement here is basically based on him agreeing to play wide receiver. There were four options here:

I'm so glad it's #4. I'm going to spend the next three hours imagining him in the slot, and then I'll spend two hours after that picturing him returning punts, and then I'll take a 20-minute break to eat a bowl of raisin bran (soaked for 25 minutes, of course), and THEN I'll ponder whether he can return kickoffs. Because I see IW like I saw Adoree' Jackson in high school (remember, Jackson was originally from Belleville and was friends with Malcolm Hill in high school). That's the kind of player he can be.

This wasn't the only change Bret Bielema talked about today. He noted that some of the changes we saw this spring (like Marquez Beason from CB to WR and Kyron Cumby from WR to RB) will remain in place for the fall. He also noted a change that needs to be the focus of another post: freshman DE Cooper Davis moving from DE/OLB to tight end. I think that's the fourth tight end move this spring? Walkon QB Josh Beetham was moved to TE, OC Preston Engel was moved to TE, LB Michael Marchese was moved to tight end, and now Cooper Davis is being moved to TE.

Granted, several guys were out that day, but still, I don't think it's a secret that WR depth beyond Donny Navarro and Brian Hightower is one of the bigger concerns this season. So adding Williams (and Beason) to the WR room is a massive athleticism boost.

I guess I should note a few things on Beason. The concern there, of course, is his health. He missed all of 2019 after knee surgery, was limited in fall camp, and only played in six games last fall. Then he missed 10 practices this spring with an injury (not sure if it was the knee or something else). So in two full seasons, he's barely participated in any spring or fall camp and has only played in six games. Missing 10 practices this spring, for me, was a "will he ever be back to 100%?" moment for me. Same as our Dre Brown concerns years ago.

Dre Brown missed 2.5 years with injuries but then was great for 2.5 years. So here's hoping for the same from Beason. Injured for most of the first two falls and springs. And then, hopefully, at WR, he blossoms.

Back to Williams. I feel like I need to nail this closer so you know exactly why I'm so excited. Let's go to the inspiration list and pull something that really fires my creative juices. I know just the thing:

I don't know much about J Cole. I can't even remember how I stumbled on this video. But if I ever talk to someone about the creative process, I point them to this video. That "oooohhhhh-ooh-ooh-ooh-oooooh" he does when he lands on the thing he was looking for? I get chills every time.

And then when Ron Gilmore puts the keyboard track on top and J. Cole says "fire"? I won't lie to you - sometimes I tear up. Creativity is so beautiful.

I'm an Illinois football fan. As a direct result of this fact, I celebrate about 1/50th the recruiting victories other schools get to celebrate. Clemson fans following recruiting get 19 "this means we're still going to be great for another half-decade at least" moments every year. We never get to play.

With Isaiah Williams, we get to play. A top-end athlete - who is still just a freshman this fall, I'd like to add - will be pulling on the #1 jersey and lining up at wide receiver this fall, handing us the hope that our team will do something special on the very next play. We just don't get to watch athletes like One in Champaign very often.

We were told, of course, that the only reason he was coming to Champaign was our promise of snaps under center. And the sentence that immediately follows that is usually "and once he doesn't win the QB job, he'll go be a receiver at Clemson or a cornerback at LSU". So for him to say "sure, coach, I'll play wide receiver", I'm just so incredibly excited. What's that phrase? "Graced with your presence"? I am so excited that we'll be graced with his presence in Champaign.

Beyond that, though, I'm just excited to see the #1 on the field. My fandom is intertwined with that number. First player I worshiped? David Williams, #1. 1994 Liberty Bowl hero? Jasper Strong, #1. Receiver that brought our passing game back in 1999 (more catches and yards than Brandon Lloyd that year)? Michael Dean, #1. Rose Bowl superstar cornerback? Vontae Davis, #1. The one player who dominated these pages from 2009 to 2011 in the early days of my blog? Terry Hawthorne, #1.

And now, One wearing #1. Playing wide receiver, in Champaign. In my mind, I already see him stopping on a dime to let an Iowa defensive back blow right by and then taking it 41 yards to the house. Keep your "this is going to be a long rebuild" thoughts to yourself for now. Just let me picture this for a while.

Creativity is so beautiful.