I'm still trying to finalize my travel plans. I'll maybe take a break here and write for a bit and then get back to finalizing. Still have so many thoughts spinning through my head. I know I should probably talk about the matchups, and I will, but first I want to talk about where we stand on the All Time Tournament Appearances list.

(I'll probably refer to Part I several times below, so if you didn't read that, start here.)

One Of The Seventeen

I've written about The Stats for more than ten years. My friend Erik keeps what I call The Stats - a group of statistics to show where Illinois basketball stands in comparison to other programs. When things were falling apart at the beginning of the last decade, you could see me running around yelling about how we were still 9th all-time in AP Poll appearances and 11th all-time in NCAA appearances.

As the 2010's wore on, we fell in nearly every category. I think maybe the last time I wrote about The Stats was 2017 in this post. It was just too depressing for Erik to update them every year given how far we were falling in every category. The most depressing of all: NCAA Tournament appearances.

Let's go back 10 years. As everything was falling apart under Bruce Weber, I wrote about The Stats in February of 2012. We all knew that a coaching change was coming, and after limping along in the last five years of Weber, we had gone from "might Bill Self stay in Champaign and turn down Kansas?" to "is Illinois really THAT good of a job?" and other such nonsense. So I pushed back with The Stats.

Let's just focus on one of those: NCAA Tournament appearances. When I wrote that - February of 2012 - we were 11th all time. Kentucky, UCLA, North Carolina, Kansas, Duke, Syracuse, Villanova, Indiana, Louisville, Temple, ILLINOIS. Yes, Illinois is really THAT good of a job.

By 2020? Tied for 21st with Purdue. From 11th to TWENTY FIRST. I remember briefly saying (near the end of the Groce era - can't find it now) that One Of The Seventeen really meant One Of The Seventeen college basketball programs to make 30 or more NCAA Tournament appearances. And then we fell further and further until we finally put a new tally on the board in 2021.

The next step is to keep this train rolling. Temple is a mess right now (one bid the last seven seasons and it was a loss in the play-in game), so hopefully we can hop over them soon. In fact, all three teams tied in 17th place (Cincinnati, Oklahoma, and Temple) missed the Tournament this year. so hopefully they stay out and we keep pressing forward.

It will take at least 12 years of excellence to get back to where we were, but I'm choosing to believe it will happen. Mostly because I'm too old now. I don't have it in me to re-live 2008 through 2019.

Maybe the best way to write this one is to go put it on Twitter again and then link the tweet back here. Hold on...

Just wanted to note it again. Starting with the Flyin' Illini in 1989, Illinois has been a top-5 seed (one of the top 20 teams in the NCAA Tournament) 13 times. Those 13 seeds:

Absolutely allergic to a 2-seed or a 3-seed.

It's starting to drive me insane at this point.

I guess I should say that I do believe we landed somewhere between 5th-best and 12th-best. In 2006 we were 9th in the AP Poll, so we were expecting either a 2-seed or a 3-seed. When the 4-seed popped up on the screen the entire fanbase sharply tilted their heads to the right at the same time.

2002 was similar to that. Jumped all the way to #10 in the polls by winning nine straight (to win the Big Ten) before a loss to Ohio State in the Big Ten semifinals. So that Selection Sunday, we're all thinking that a 2-seed is possible and a 3-seed a lock. And then there's a "4" next to Illinois on the screen and we were all so confused. Illinois was #10 in the polls and got a 4-seed. Mississippi State was unranked and got a 3-seed. I wish I had a blog at the time because I'd have this massive tirade I could point you to.

So when I saw the 4 yesterday, although expected, I couldn't help but think that the 3-seed is our great white whale. 1988 is the last time we had a 3-seed and it honestly feels like it will never happen again.

2-seed? Don't even think about it.

Oh, you want me to talk about the actual games now that we have a bracket? Fine. Somebody hand Gene Rayburn the long skinny mic, get Brett Somers and CNR up on the panel, and let's do this.

"Ridiculous Robert is so dumb."

"He's so dumb that when he fills out his bracket, he actually thinks that Illinois will beat BLANK."

You have 30 seconds to fill out your answer. (You - the reader. You're playing the game here. You're trying to match as many panelists as possible. That's how the game works. Think of how far you think Illinois will go in this Tournament. Name the team they'll beat in the round before they lose.) Hit the music for 30 seconds. (You actually have to play this for 30 seconds. It's my game and those are the rules.)

Have it written down? OK, let's see what each panelist put. First up, Avery Schreiber.

"Ridiculous Robert is so dumb that when he fills out his bracket, he actually thinks that Illinois will beat..." 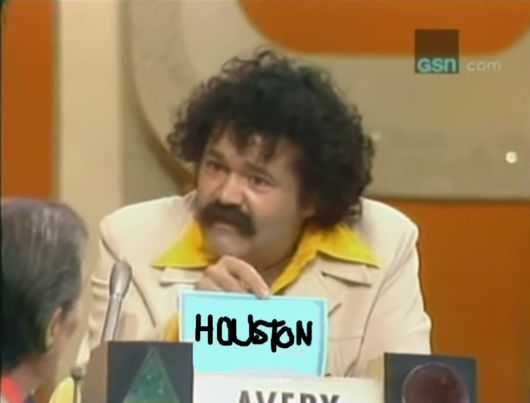 Next up the gem of every Match Game episode, Brett Somers. Brett, Ridiculous Robert is so dumb that he actually thinks Illinois will beat... 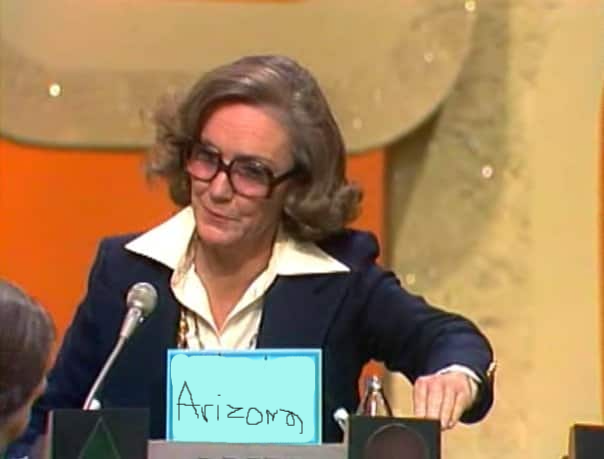 Next up, the unquestioned favorite panelist in Match Game history: Charles Nelson Reilly. Over there on the shelf I have the DVD box set of every Match Game episode, and if I can find a DVD player, I might just watch 10 CNR episodes tonight. 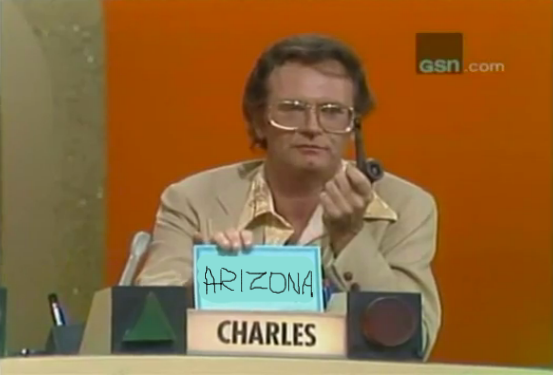 Two Arizona, one Houston. Two people think Ridiculous Robert believes we can make the Elite Eight. They might be right.

Down to the second row and Nipsey Russell. 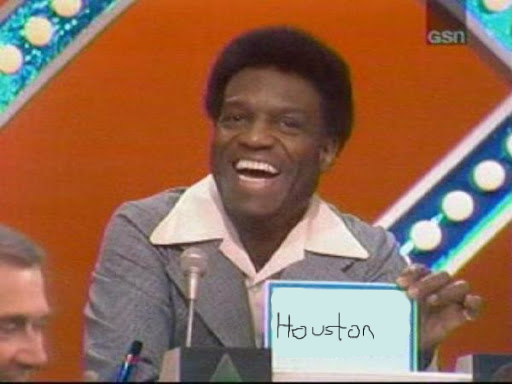 OK, so now it's tied up. Two votes for Houston, two for Arizona. You Negative Norms out there who have us losing to Chattanooga are fairly disappointed right now. Let's see if Richard Dawson can help you out. Richard? 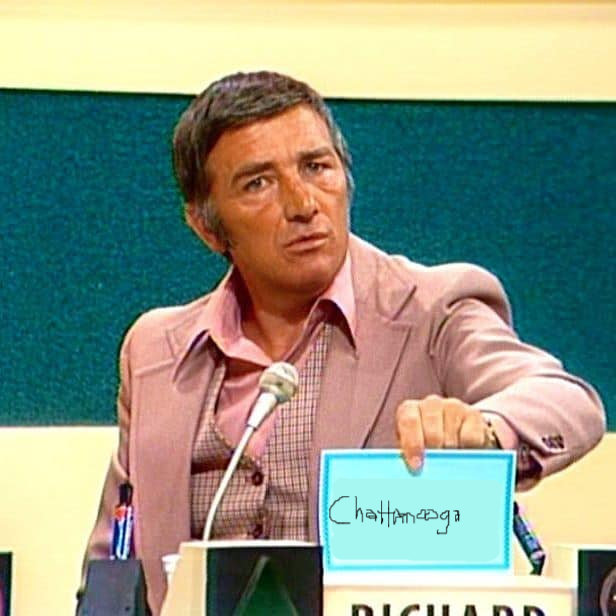 Of course he picked Chattanooga.

OK, so now we're down to Betty White. If Betty picks Chattanooga we have a three-way tie and nearly everyone who wrote down a guess is going to win (except for the guy who wrote Villanova).

Come on, Betty, you can do this. 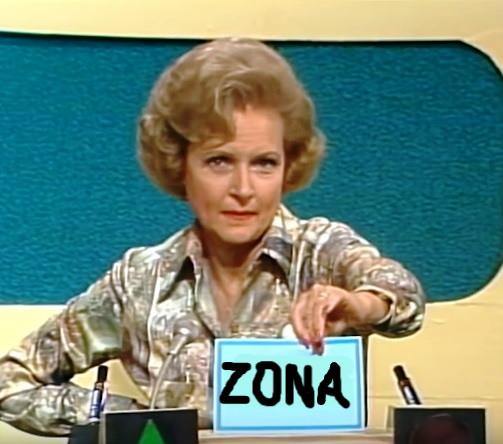 YES! If you wrote down Arizona, you win. Ridiculous Robert is so dumb that he believes Illinois can beat Arizona.

Why? Honestly, the main reason: injuries. The ones our opponents are dealing with.

Yes, Houston is #4 on KenPom. But some of that data - the non-conference data - includes leading scorer Marcus Sasser and sophomore guard Tramon Mark. When the seasons ended for both players in December - Mark after 7 games and Sasser after 12 - Mark was averaging 10.1 points per game and Sasser 17.7. Houston had neither player for their conference season but they didn't really need them. Houston only had 3 Quad 1 games in January, February, and March. And they lost two of the three.

If Houston had Sasser and Mark, I'd be much more worried about this game. I'm not saying "piece of cake", but Houston has 28 points in sweats on their bench and that's a big deal.

As for Arizona, yes, we lost to them at home (by four). And Christian Koloko played the best defense on Kofi that we've seen all season. But Kerr Kriisa, who had 19 points, 8 rebounds, and 5 assists in Champaign back in December, currently has an ankle that looks like this:

Not easy but doing everything I can to get back on the court with my brothers! Its March. Time to go!! @JustinKUofA pic.twitter.com/DdUOsbOkW9

So if we get out of Pittsburgh and play Arizona next Thursday or Friday (11 or 12 days away), I'm not sure Kriisa will be 100% by that point. And if he's not 100%, that would give us a massive boost in the backcourt. Since that December game, we would have added Curbelo and they would have lost Kriisa (or, at least, would have a limited-by-his-ankle Kriisa).

Also, I doubt we'll get another five second call on us with 25 seconds left as we're trying to attempt a game-tying shot.

These teams were decently close in December. Arizona flinches at the word "Illinois" like I flinch at the word "Chattanooga" or "Austin Peay". Arguably our best NCAA Tournament moment (March 26, 2005) is one of their worst. So that would be discussed over and over that week.

So yes, I'll push my chips in. Put me down for beating Arizona. Experienced Illini team, lived through last year's heartbreak, has played in last-shot games the last two times out.

That ankle pic is disgusting. I just turned 40 and I think I'm never playing competitive basketball again. I don't ever want any part of my body to look like that. Also, I have sworn off looking at matchups and trying to explain why we win. I'm horrible at that and with the Indiana loss now have a 9-year streak of not seeing us win in person. I will not be attending any NCAA Tournament games.

Classic sprained ankle pic right there. Looks just like the bad ones I've had.

Well, now we know what you watched a lot of during your Covid quarantine.

If CNR, Brett, et al are correct, that means we will be playing Arizona in San Antonio. Memories of 2001 and 56 Arizona free throw attemps, 36 Illinois fouls with 6 players fouling out. Remember the Alamo.

OK so yeah now the moment we beat Houston on Sunday I'm gonna start my Remember The Alamo post.

At least we won't have Lute Olson working the refs at the pregame press conference.

We will take care of business vs Chattanooga and Houston and/or UAB. My last year of Grad school was the 01 team that received the 4th 1 seed in San Antonio and waiting for us was the 2 seed Arizona who we had played twice earlier in Maui and Chicago. That creep Lute whined to the officials and they accommodated Olson to the tune of fouling out half our team. 2005 doesn't begin to rectify the punishment we owe that program. If we get Zona, we are beating them.

KUDOS to you on the excellent and creative way you used the classic tv game show, "The Match Game", in this post, Robert---LOVE that!!

This post alone made my annual subscription well worth-it!

Needed this. Thank you Robert