This was the least-followed Big Ten Golf Championships for me in a decade. After seeing last year's comeback in person, I had planned to attend this year. But plans changed, and we visited friends this weekend, and while out and about enjoying mostly-back-to-normal life, I wasn't able to follow along as much as I usually do.

But I did get text updates from a guy I know who was there, and so I was dialed-in as it came down to the final hole yesterday. When we pulled it out by one shot - again - I tweeted this:

...and again and again and again. As I said last year, it's just so crazy to follow a golf team that does this year after year after year. A 13-year game of King Of The Mountain and we've only been knocked off the top of the dirt pile one single time. When Billy's mom brings out the Fla-vor-ice, everyone will back off out of respect and let us have the red one.

I just can't imagine how "WHY WON'T YOU DIE?" the rest of the Big Ten feels about Illini men's golf. 12 titles in 13 years. Yes, Minnesota was able to put something together in 2014 and grab the conference title. But since then...

Do you know how demoralizing that must be? As I wrote last week, the rest of the Big Ten is always trying to build a team to take down Illinois, one of them will finally get that experienced team with three seniors and maybe a transfer or two, and every single team besides Minnesota in 2014 has fallen short.

Let's just go through the list of the second-place finishers in the last 13 years:

If Mike Small had been from Danville, Georgia instead of Danville, Illinois, in the last 13 years, Iowa would have four Big Ten golf titles, Minnesota would have three, Northwestern two, and Indiana, Ohio State, Purdue, and Michigan State would all have one. Instead, Illinois has 12 and Minnesota has one.

I have now tweeted that. Thank you for following along with this important Twitter update.

With another Big Ten title secured, it's on to NCAA Regionals. As I said last week, my guess is that we're on the 3-line somewhere. And this article from Brentley Romine suggests the same. He has Illinois as the 3-seed in the Palm Beach Gardens regional. Region doesn't matter all that much (you'd like to be closer to home, but it's no big deal), and this isn't like the NCAA Tournament where seeding tells you who you will meet head-to-head. Every region will have one of the top six teams, one of the teams seeded 7-12, a team seeded 13-18, and so on. Just need to finish in the top-5 to be one of the 30 teams at the NCAA's in Arizona.

If you're curious about "Selection Sunday" for golf, it will be on the Golf Channel at 3:00 CDT this Wednesday. The six regions this year: Columbus, Ohio (would be nice since we've played the Scarlet Course a lot over the years), Palm Beach Gardens, Florida, New Haven, Connecticut (the famed Yale golf course - wonder what conditions are like with a late spring this year?), Norman, Oklahoma, Bryan, Texas, and Stockton, California.

I think that's just about all my golf thoughts for today. Great win, tough battle, didn't play our best and still won, and with Piercen Hunt's final round bounce-back maybe we'll now get everyone playing their best at the same time. Hoping for another shot at Match Play again this year. Just keep getting there and one year it will happen.

St. Rappeo, pray for us.

Whitman needs to fund a statue of Small in the next budget.

Hey Robert - I wasn’t familiar with your reference to St Rappeo. I looked it up; is the book worth reading?

It's from the No Laying Up guys, I'd just listen to the podcasts instead. And watch the "Strapped" youtubes, they are pretty good.

Yeah, I didn't know that someone wrote a book. I think that's just a "fanfic" thing where someone took the idea and published their own internet book.

The St. Rappeo story is simple. No Laying Up (golf website) does a YouTube show called "Strapped". Two guys, $500 budget for three rounds of golf, food, and accommodations. I consume new Strapped episodes like I used to consume the college football preseason magazines that hit the shelves in July.

In one episode of Strapped a guy named Ben joined Neil and Randy for a round in Baton Rouge. Ben made them custom ball-markers by stamping the word "Strapped" onto metal ball-markers. Neil looked at his and, seeing a space between ST and RAPPED, and reading the D as an O, said "St. Rappeo? Who is that?"

From that has grown an entire meme. Worried about water left on the 17th fairway? Pray to St. Rappeo. 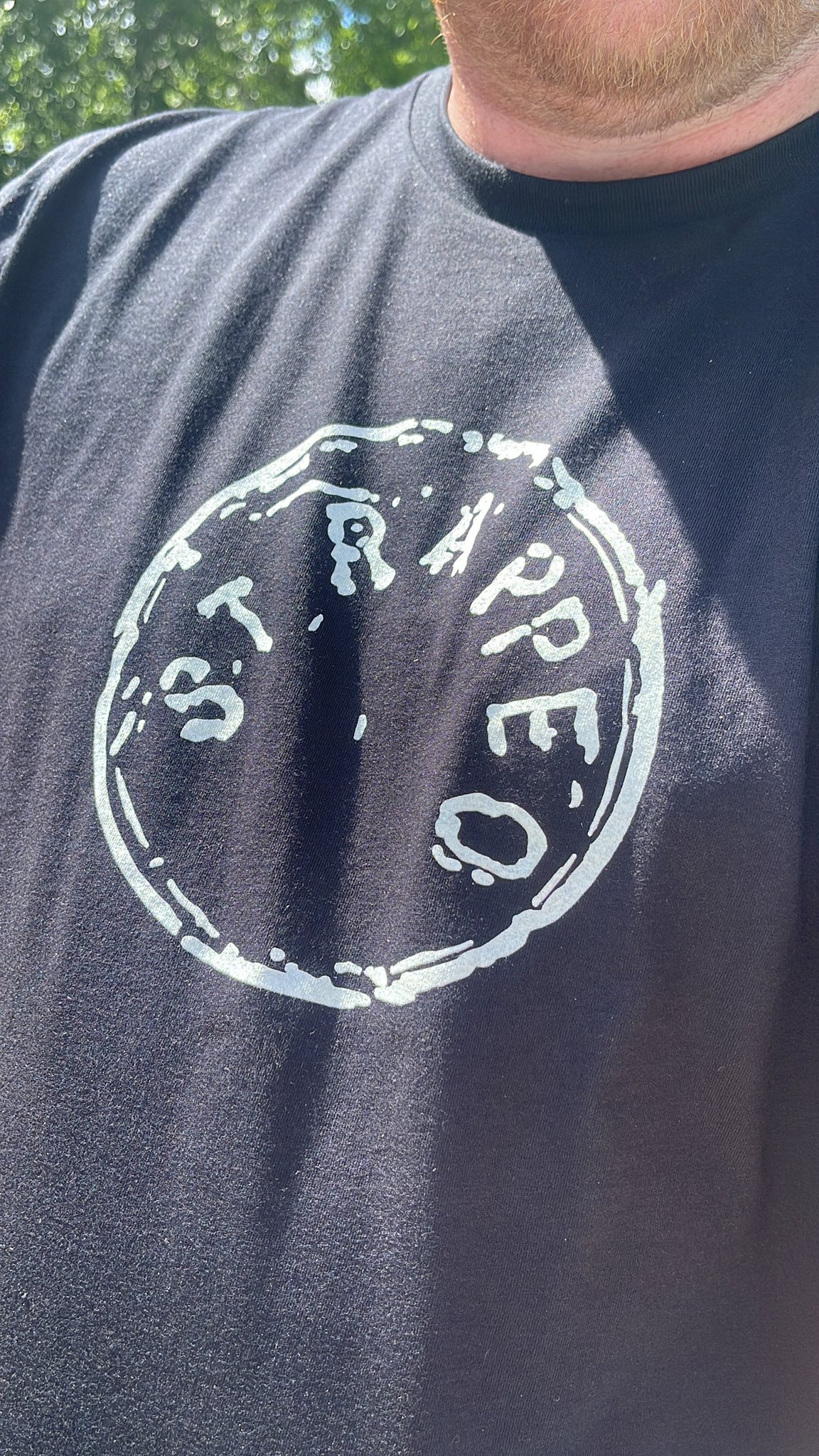 Thanks much for the detailed background story.

So glad Strapped is back. Was pretty dismal during the Covid era.

Yale should be fine by the time the regionals are played. Would be interesting on a couple levels - Illini have played there a few times and I believe their all time low score was at a tournament there. Though it deserves and asterisk because the course is a par 70, so it's the lowest gross score, not lowest relative to par. Secondly, I could drive down there and watch. Seems pretty likely we'll be at one of the 3 midwest/east sites given the strength of the west coast/B12 teams at the top.

And yes the B1G will be getting tired of it....good luck trying to beat this same team next year, guys.

So yep, 4 seed in New Haven. Looks like I'll be making a road trip.

Would love for you to interview Mike Small once their season is over. Love listening to your interviews.

Great performance from the guys. Another B1G title... LOVIN' IT...